I’m so happy that I have my first Halloween decorations up! These flying bats for my room are the first things I made. I think they’re fun – they’re simple and not too tacky and super easy to make. This DIY is as simple as cutting and sticking. By Halloween my house will be looking pretty spooooooky! 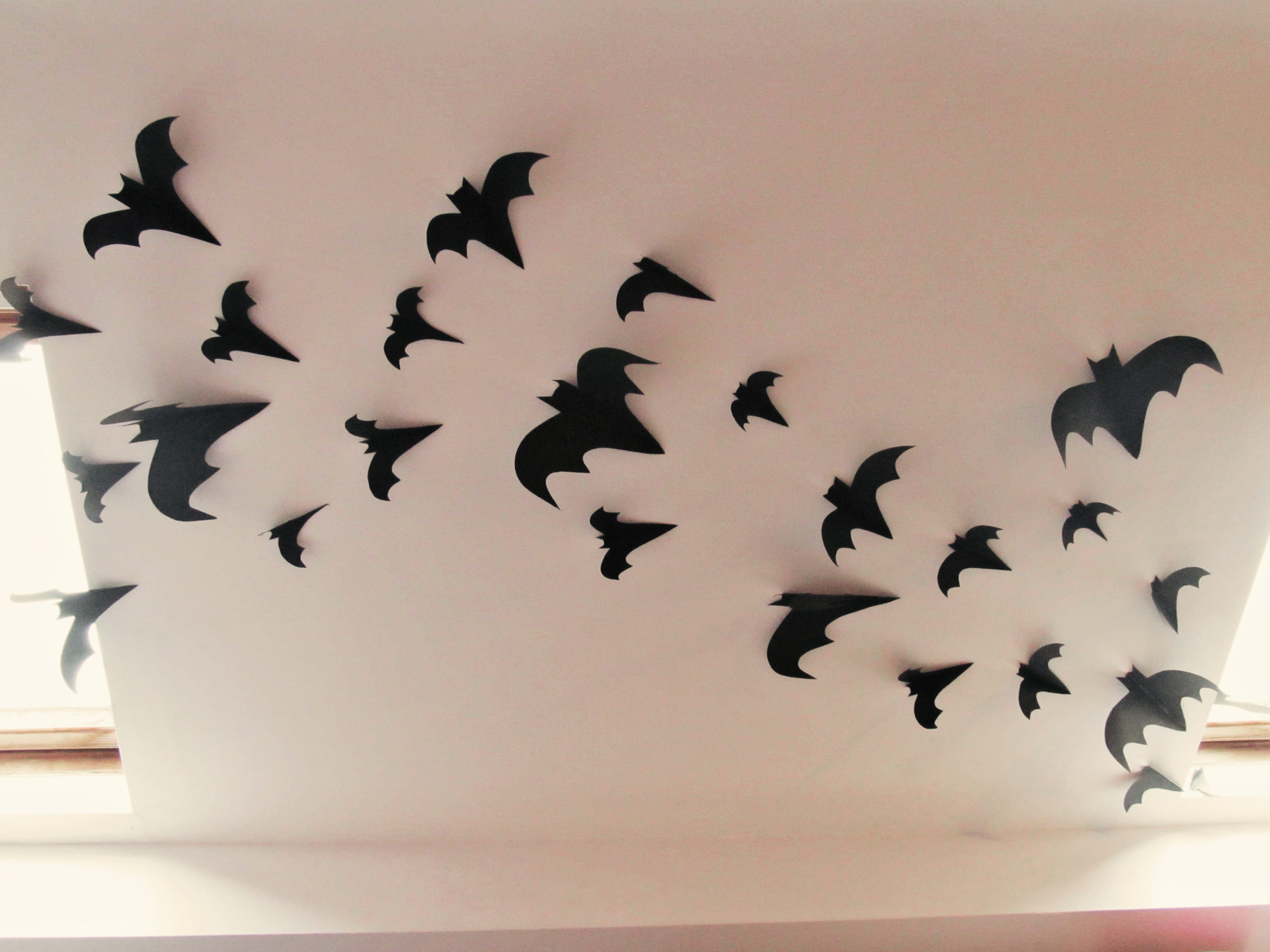 Step 1: Draw on your bat shapes. I did four sizes of bats – the biggest were the length of a sheet of A4, and the little one’s I cut from the space under the big bat’s wings. Fold the card in half and draw on half the bat  – that way your bat will be symmetrical, and he will look like he’s flapping his wings when you blue tack him to the wall! Then cut out your bats. 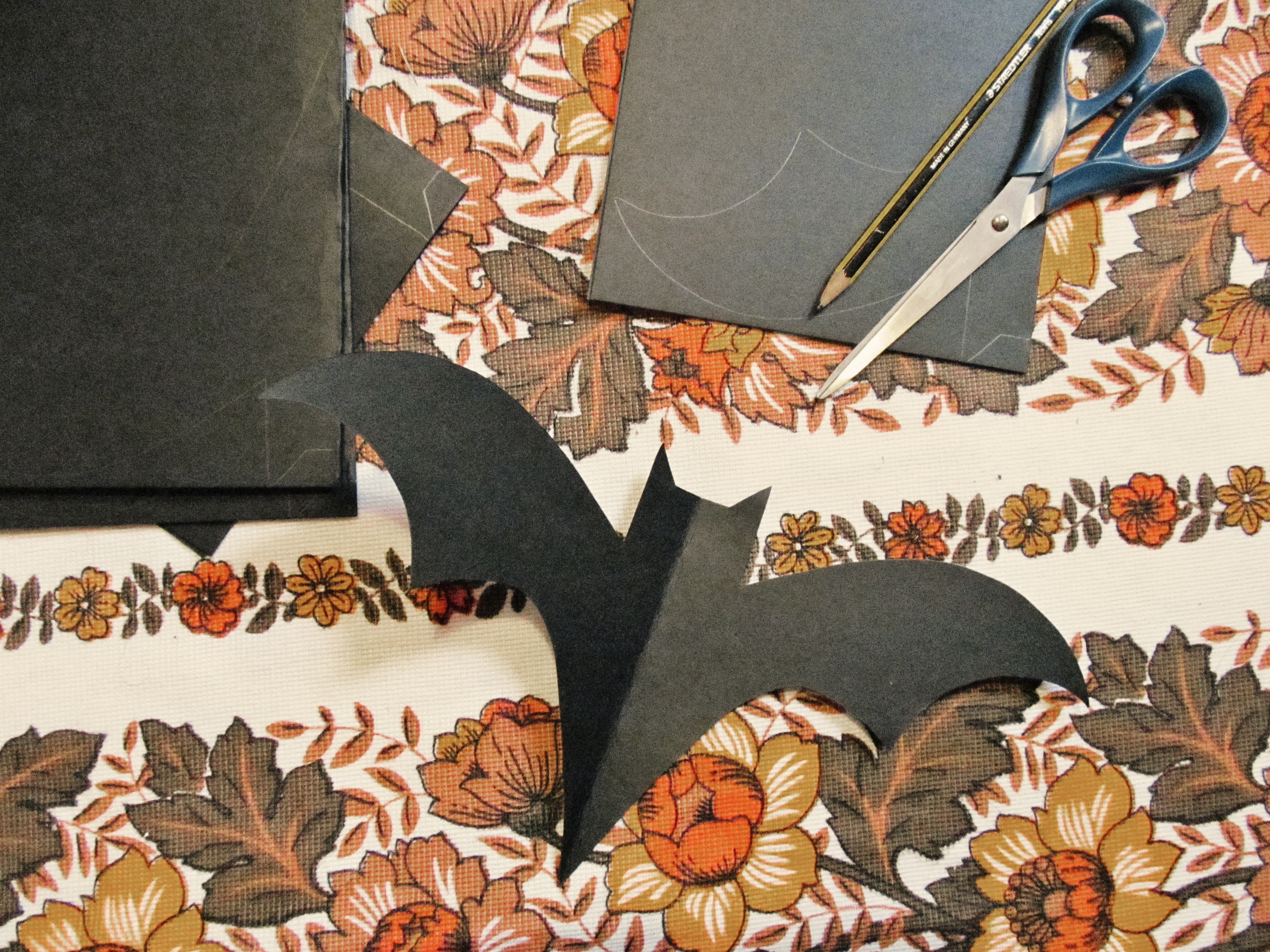 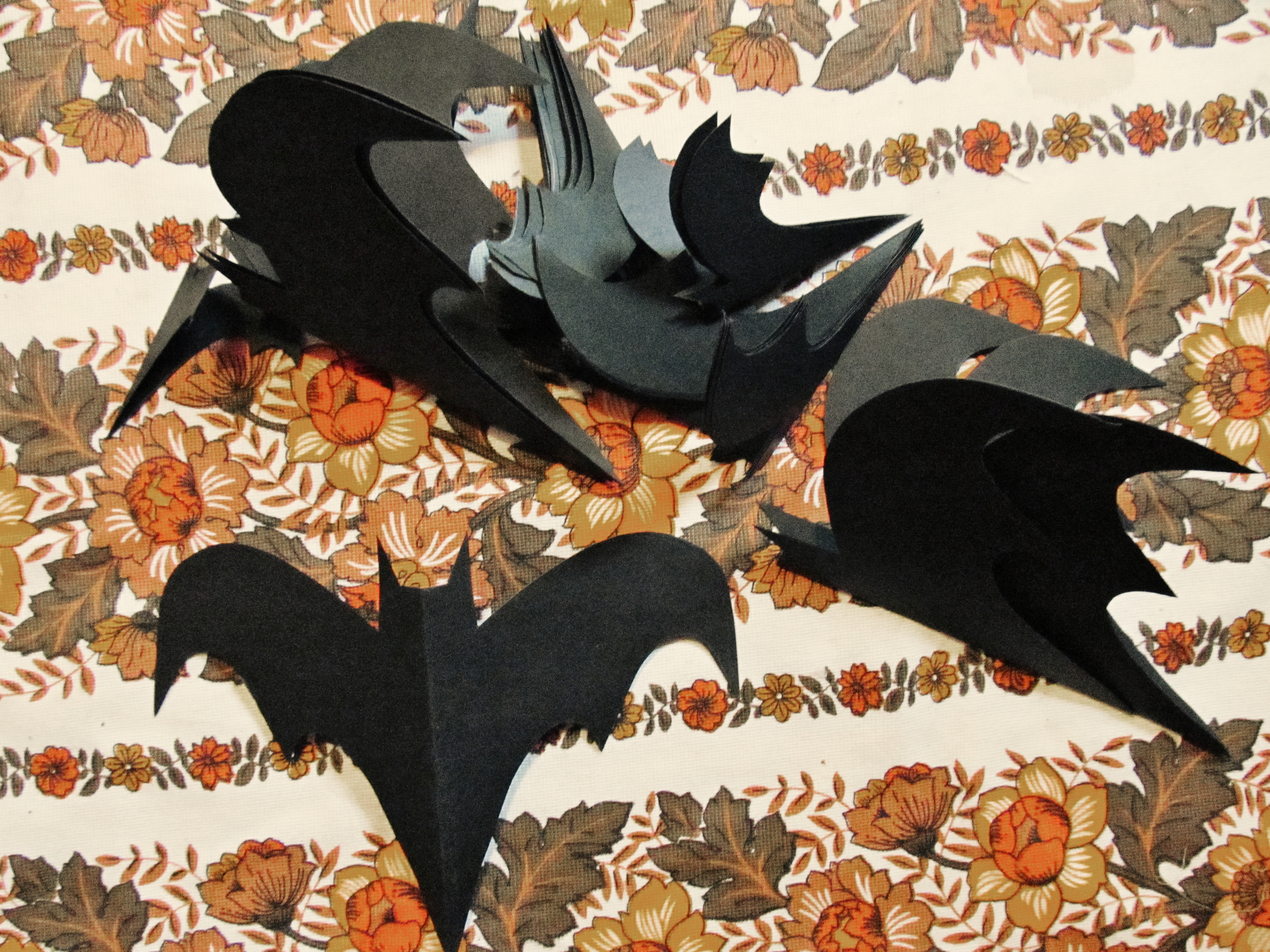 Step 2: Blue tack your bats to the wall!

I told you this was a quick decoration 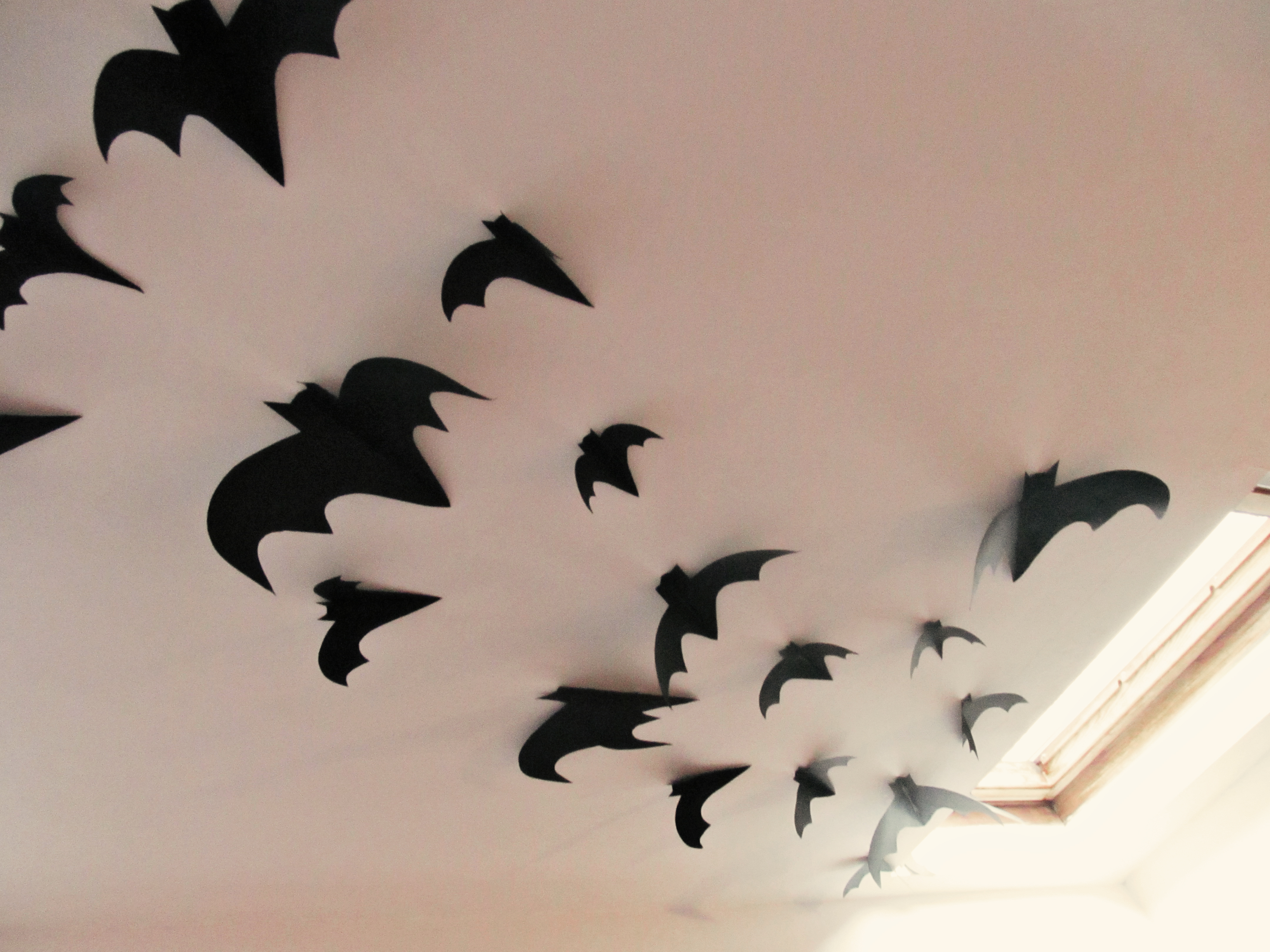 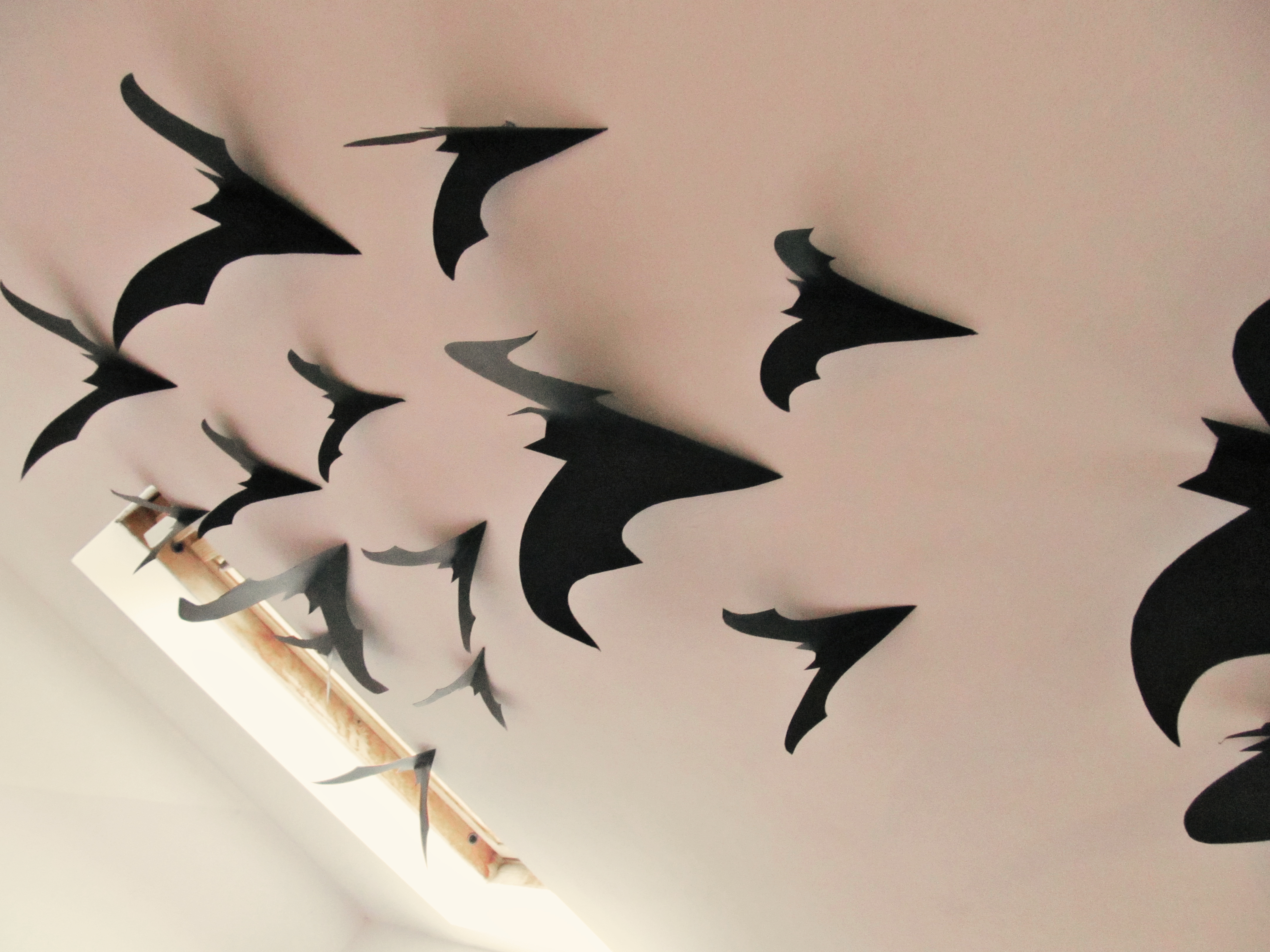 I also carved my first pumpkin! This guy is a “monster” pumpkin. I carved the witch and James carved the ghost. I’m not sure if it’ll make it all the way to Halloween, but if not at least I used the insides to attempt my first pumpkin pie (I think I need a little practice…) 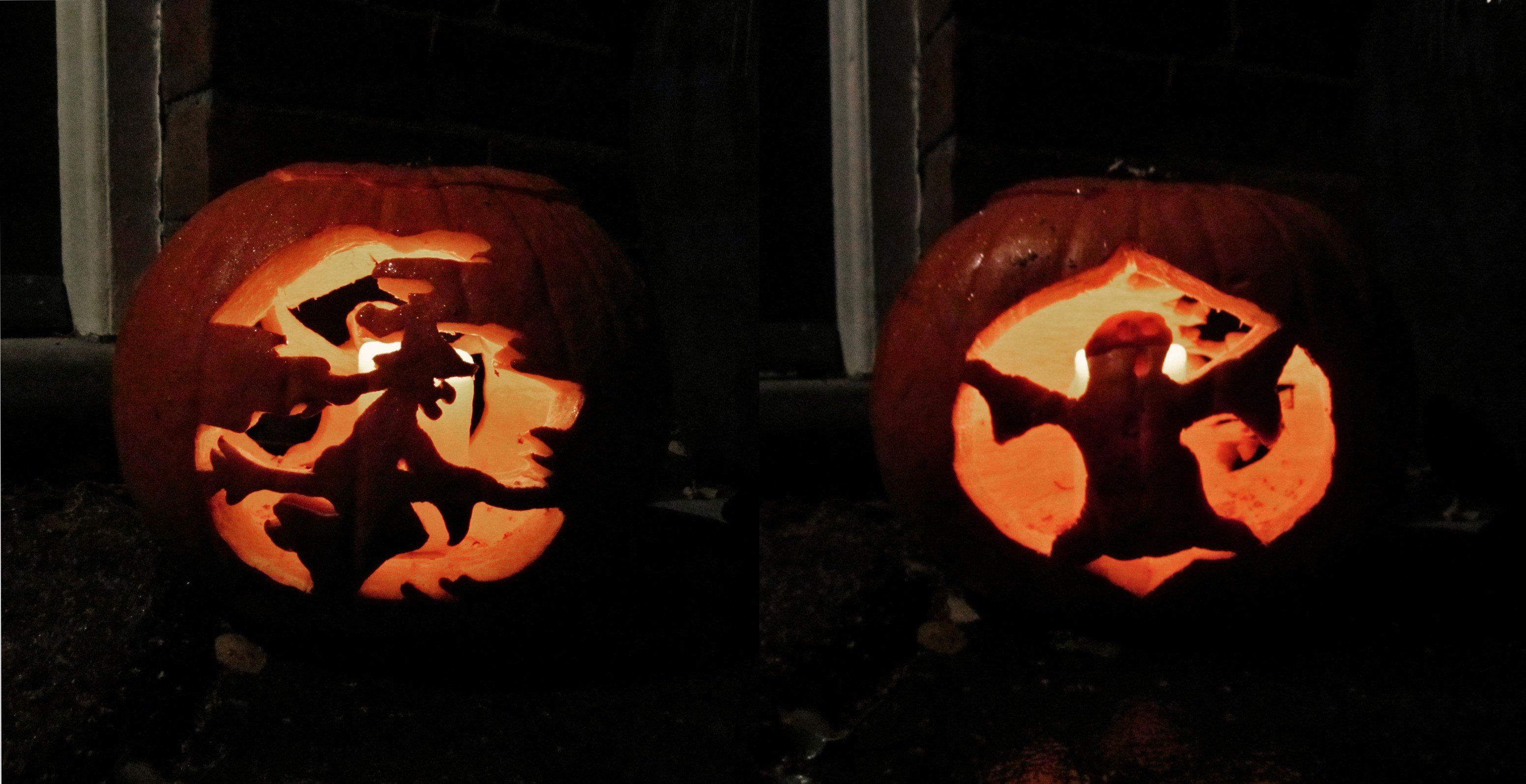 Have you put any Halloween decorations up yet? I have big plans for the rest of the house but I’m pretty pleased with my decorations so far. I’m hoping to host a Halloween get-together at my house which will give me lots of opportunity to create some spooky concoctions!

Hello there! Nice to meet you, I'm Jess. Twenty-four. Edinburgh. Tree hugger. Obsessed with Halloween. I like elephants and bell bottoms and my bunny rabbit Archie. You can usually find me in the pub, watching Buffy, hunting down vegan junk food or crocheting on the sofa.

I blog about crafts, personal style, food and travel!